We’re working for you!

These areas report to your City Engineer: 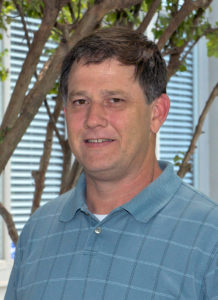 Routine maintenance issues such as blocked drainage inlets should be brought to the attention of the Street & Environmental Service Department (256-341-4740). Drainage concerns should be referred to the City Engineer’s Office or by filling out the Engineering Concern Form.

The department will inspect the complaint and either coordinate with the Street & Environmental Services Department to resolve the issue or add to the list of capital projects.

The procedure for final acceptance of new subdivision construction are as follows:

Potholes should be reported to the Street & Environmental Services (256-341-4740). Streets that need repaving should be brought to the attention of the City Engineer’s Office by calling or completing the Engineering Concern Form. The department will inspect the street and add to the list for repaving if warranted.

Persons wishing to cut or break the curb for driveways, entrances, exits, etc., must obtain permission from the Engineering Department.
Reference: Section 25-5, CODE OF DECATUR

To report downed signs or low visibility striping, contact the Traffic Signs & Markings manager (256-341-4662) or by filling out the Engineering Concern Form.

THE CITY OF OPPORTUNITY